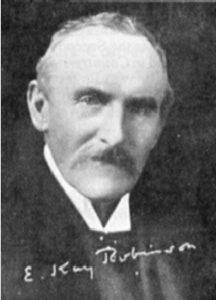 E.K.R. was a remarkable man: a canny blend of astute journalist and excellent field naturalist. He was born in India, but educated at Cheltenham College, where, when only fourteen, as a result of an essay he had written about evolution, Charles Darwin asked to see him. Darwin’s ‘Theory of Evolution’ had only recently been published and the great man walked with the young E.K.R. discussing
ideas.

“When Country-Side first appeared, I was only a youth still at school, but it was an event I shall never forget. I felt instinctively that the originator and the editor of this journal was going to be my guide to some of the best and most fascinating things which life has to offer. Country-Side was a paper with a message. The spirit of the fields vibrated always through its pages, and made one feel ashamed to be unappreciative of the endless wonders and beauties of the great world of nature. If I dared to ask in Country-Side for a list of those whom E.K.R. had inspired with a love of nature, the number would be overwhelming. He had a great and wonderful gift, of making the study of nature popular without ever cheapening it.”