The BNA aims to promote the study of all aspects of natural history, with particular emphasis on fieldwork, ethology, phenology and education. Through making awards the Association acknowledges and encourages excellence in all of these fields. 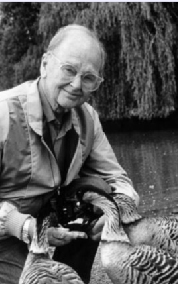 This award is made by the BNA to a person who has made an outstanding contribution to our understanding of natural history and conservation. Peter Markham Scott, CH, CBE, DSC and Bar, MID, FRS, FZS, (14 September 1909 – 29 August 1989) was a British naval officer, ornithologist, conservationist, painter and sportsman. He was the only child of Antarctic explorer Robert Falcon Scott. In 1948, he founded the organisation with which he was ever afterwards closely associated, the Severn Wildfowl Trust (now the Wildfowl and Wetlands Trust) with its headquarters at Slimbridge in Gloucestershire. In the years that followed, he led ornithological expeditions worldwide, and became a television personality, popularising the study of wildfowl and wetlands. He was also a long-time Vice-President of the British Naturalists’ Association, whose Peter Scott Memorial Award was instituted after his death, to commemorate his achievements. Peter Scott was knighted in 1973 for his contribution to the conservation of wild animals. He had been a founder of the World Wildlife Fund, a founder of several wetlands bird sanctuaries in Britain, and an influence on international conservation. He received the WWF Gold Medal and the J. Paul Getty Prize for his work. 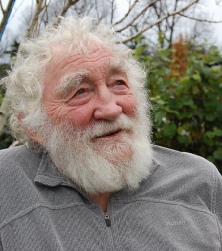 This Award is given to a Field Naturalist of distinction. Professor David Bellamy OBE wrote and presented some 400 television programmes on botany, ecology, and environmental issues. David Bellamy was the originator, along with David Shreeve and the Conservation Foundation (which he also founded in 1982), of the Ford European Conservation Awards and published scientific papers (between 1966 and 1986) and many books.

The life of the renowned British naturalist and author Richard Fitter is commemorated in a living memorial in the form of a medal awarded to an individual who is a dedicated active field naturalist. Richard’s family commissioned an original engraving of a black redstart, a bird with which he is particularly associated, and which they had made into medal dies. The medal is struck in bronze, and has the British Naturalists’ Association’s heron emblem on the obverse.

The British Naturalists’ Association is honoured that the Fitter family have chosen to commemorate their father in a way that continues Richard’s long involvement with the Association, and will encourage naturalists to further efforts. The BNA was proud to have Richard as a long standing member and Vice President. His contribution to the study of natural history in Britain was immense, and all BNA members and others will long continue to benefit from his books and field guides that are such useful companions to active naturalists. He was presented with the BNA’s Peter Scott Memorial Award in 1998. He was a truly great naturalist who set an amazing example by the fact that shortly before his death in 2005, at the age of 92 , he was still working on a new book.

Roger has been a long-time supporter of the British Naturalists’ Association holding the position of Honorary Chairman for twenty years before taking the post of Honorary President in 2018. His contributions to natural history in his books and TV work stand him out as a highly respected Naturalist. The Roger Tabor Award is presented to a person who has achieved recognition as Associate Member of the BNA (ABNA) and is continuing to develop their skills as a Naturalist and promoting the study of nature.

Recipients of this award can be found HERE>